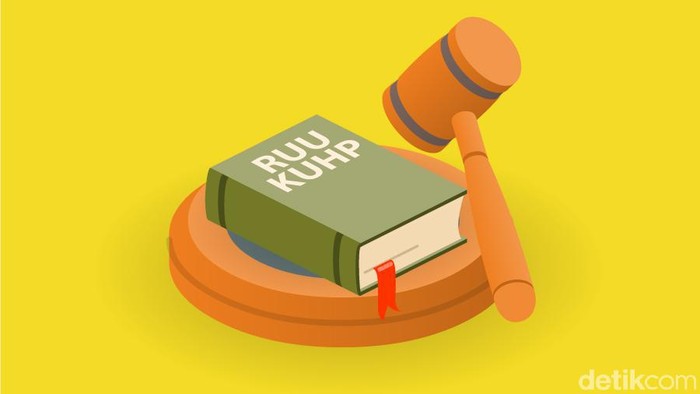 The Draft Criminal Code (RKUHP) has been formulated for a long time. The ratification of the RKUHP into the Criminal Code is of course needed because today’s society needs relevant laws according to the times. The Criminal Code Bill provides legal certainty to the community.

Not only against the president and vice president, but also insults to regional heads need to be made rules.

Meanwhile, Imam as the youth leader of Sorong City, hopes that after the Criminal Code Bill is passed into law, it can be applied fairly.

The law must apply equally to all levels of society from the people to officials and regardless of background and position.

On the previous occasion, the professor of law at the State University of Semarang. Prof. Benny Riyanto, appealed to the public to support the ratification of the Criminal Code Bill. This is because the KUHP currently used in Indonesia is a product of the Dutch colonial era and is no longer compatible with the nation’s cultural values. He said the ratification of the new Criminal Code Bill was very important as a legacy for the nation.

On a separate occasion, the government said it would continue to accept public input on articles in the RKUHP. This was conveyed by the Minister of Law and Human Rights (Menkumham) Yasonna Laoly.

Meanwhile, religious leader Father Antonius Benny fully supports the ratification of the RKUHP as soon as possible. The reason is because the old version of the Criminal Code was not based on Pancasila, because it was made during the Dutch colonial period. If the old Criminal Code is used, there will be oppression of the people, as it was in the era before independence.

Father Benny added that he supports the RKUHP because there is an article prohibiting insulting state symbols. According to him, insulting the symbols of the state is the same as insulting the state and nation of Indonesia.

In the RKUHP there is also an article regarding living law, aka customary law, which applies and if someone violates it, they will receive the appropriate punishment. Customary law is included in the RKUHP because Indonesia is a country with a wealth of customs and there are still many people who uphold the customs of their respective regions.

In the current Criminal Code, there is also an imbalance of domination, where this legal product is used by the colonials to oppress the small people. This of course must be changed, because it is not in accordance with the values ​​of Pancasila.

Customary law does not need to be feared because it will maintain order in an area and minimize chaos. For example, when there is a traditional house, the visitors must adjust themselves, by dressing politely and with good behavior. Customary law will protect traditional culture and wealth in Indonesia.

Various parties have also fully supported the ratification of the RKUHP into a new version of the Criminal Code. They agreed that the RKUHP be promulgated immediately, because it will regulate criminal law in Indonesia and follow the dynamics of society living in the era of information technology. The RKUHP is not a shackle, but a way for the Indonesian people to live a more orderly life.

One form of reflection of Pancasila values ​​in the RKUHP is the emergence of the concept of material legality in Article 2 of the RKUHP. Article 2 paragraph (1) of the RKUHP which states “The provisions as referred to in Article 1 paragraph (1) do not reduce the enactment of the law that lives in society which determines that a person deserves to be punished even though the act is not regulated by law”.

The RKUHP needs to be supported so that it can meet a bright spot, the community needs to be proactive in supporting the ratification of the RKUHP into the Criminal Code so that Indonesia can have a criminal law code that is relevant to the times.

) *The author is a contributor to Persada Institute