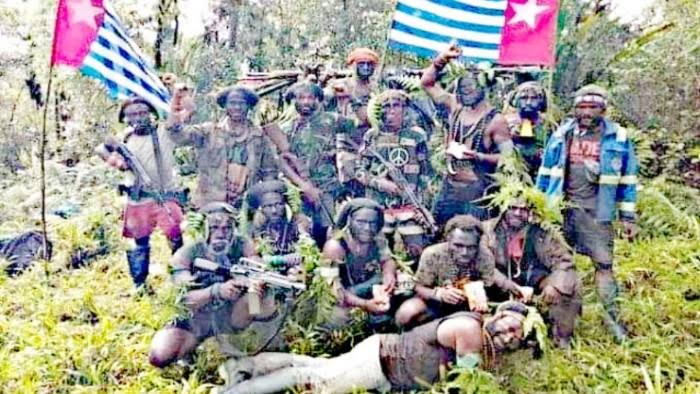 KST Papua turns out to have similarities with a terrorist group called Boko Haram in Nigeria because they do not hesitate to carry out a very despicable act in the form of killing civilians just so that their political and ideological goals can be achieved.

The actions of the Separatist Terrorist Groups (KST) in Papua again shocked after the massacre in Nduga Regency and also in the Bintang Mountains. Even the number of victims continues to grow after the police are exploring the crime scene (TKP). Immediately, Kombes Faizal Ramadhani as the Direskrimum of the Papua Police immediately made an effort to evacuate the body that had just been found.

It is strongly suspected that the body was one of the victims of the massacre which resulted in 10 people losing their lives along with two others who were injured. The sadistic massacre took place last Saturday (16/7).

Regarding this, the Chairman of the Saireri II Indigenous Youth Nabire Ali Kabiay stated firmly that the actions carried out by KST in Nduga were similar to what had been carried out by the terrorist group Boko Haram in Nigeria. He emphasized that acts of massacre even beheading carried out on civilians who did not know anything were heinous acts of terrorists.

Ali Kabiay admitted that he was very concerned that such an incident had to happen in Papua because civilians who were completely innocent and whose intention was to come there to work and fulfill their needs, but instead had to be killed in such a sadistic manner.

The murder that resulted in one of the gold miners being a victim turned out to have occurred since Tuesday (19/7). As explained by the Commander of Korem 172/PWY, Brigadier General TNI JO Sembiring, who revealed that it turned out that the mining site did not have any security personnel at all, and even to reach the location, which was quite complicated, one had to use a helicopter.

Furthermore, Ali Kabiay also added that it is very likely that the actions that have been carried out by KST in Nduga have certain motives, namely, as was the case with the actions of the terrorist group Boko Haram in Nigeria, that they will do everything possible to fulfill their political and ideological interests. they are fulfilled and will not even hesitate if they have to sacrifice civilians.

The chairman of the Sairei Indigenous Youth also stated that the behavior that had been carried out by the Separatist Terrorist Group should not be allowed to continue because the impact would be a long series for the stability of the running of the country, it could even influence and hinder the development process that has been pursued by the Government. so it must be acted upon as soon as possible.

It’s not just a development process, but of course, according to Ali Kabiay that any heinous act such as a massacre like that will also affect how the development of Human Resources (HR) development in Papua itself will appear because it will create a bad image among Papuans. Even though he emphasized that the Papuan people themselves are a very peace-loving society and the killings committed by KST do not represent the original Papuans at all.

For this reason, he hopes that with an incident like this all officers can immediately arrest and take firm action to the root, even if it is necessary to cooperate with several parties so that the investigation of this case can be resolved as soon as possible because it is already very disturbing.

As one of the steps taken by the TNI, the ranks of Brigadier General JO Sembiring collaborated with the Regional Government (Pemda) of the Bintang Mountains Regency to collect data on the number of residents who carried out mining. This is certainly very useful so that in the future at least we can take preventive measures so that the killing of mining civilians will no longer occur.

Meanwhile, related to the massacre that occurred in Nduga, Moeldoko as the Head of the Presidential Staff Office urged the National Human Rights Commission (Komnas HAM) to immediately conduct an investigation into the case of human rights violations committed by KST Papua. He also emphasized that everyone should not deprive others of the right to life without exception.

Moeldoko also said that the Government strongly condemns the barbaric act of massacre that has been carried out by the group led by Egianus Kogoya.

It was previously known that the massacre they carried out was by blocking the truck that was transporting the migrants along with a priest. Then in the middle of the road, not only were they blocked, but it turned out that KST immediately fired bullets at him