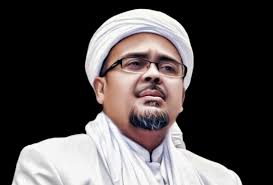 The public was shocked by the case of FPI members who wanted to attack the police. When a victim is killed, the mass organization gets emotional and threatens to report it to Komnas HAM. But the police were not afraid, because they had done the right thing, because at that time they were defending themselves.

December 7, 2020 is a crucial day when FPI commander Habib Rizieq Shihab is summoned by Polda Metro Jaya for the second time. He was about to be asked for information about the crowds at his house, and on some of the lecture safaris he attended. But he has not shown his nose, there are even 10 people who call them security forces.

These ten people came to the Jakarta Cikampek KM 50 toll road. They will be guarding the investigation so that Habib Rizieq is not arrested. Strangely, they arrived at midnight, 00:30. The police who knew their whereabouts immediately stood guard. Then when he was stalking, the vehicle was caught by the army.

The clash was inevitable. It was unexpected that the ten FPI troops carried weapons, ranging from samurai swords to pistols. They attacked indiscriminately, so that the police couldn’t help but pull out their weapons. There were 6 people who became victims and immediately secured immediately, while the remaining 4 fled.

This event certainly stomped because it happened at an odd hour. What do FPI members mean to do? Their version is that the 10 people were about to return from recitation and were attacked by the police first. If we look from logic, is it always midnight to come home from the recitation program? It felt very unlikely. Moreover, they carried sharp weapons and pistols.

When FPI got angry and reported this to Komnas HAM, the police were not afraid. Because in reality what they are doing is to defend themselves. This refers to article 49 of the Criminal Code, and can be forgiven for being forced. Because if they don’t pull out a gun too, their lives will be in danger.

The public is asked to be vigilant and not to be consumed by the psychological warfare from FPI, which always plays the victim. The police will not draw a gun if they are not attacked first. Because Indonesia is a country of law. So the officers will not break the rules while on duty in the field.

Moreover, Habib Rizieq’s summons to Polda Metro Jaya was actually for questioning, not being made a suspect immediately. Because he is still a witness. However, FPI members thought negatively and immediately stood guard and hid the habib. Currently, I don’t know where the position is, at his house in Petamburan or other places.

It was really surprising when Habib Rizieq Shihab turned out to be auto knocked just because of a summons from the police. He was like a toothless tiger who had forgotten to roar before and bragged about going against the government. Here we can see the quality of the habib, who claims to be commander-in-chief but acts cowardly, forgetting about his own threats.

Netizens also sided with the police, and condoned their actions. Because in fact there are so many people who are upset with the behavior of Habib Rizieq and FPI, who always create chaos. FPI is always synonymous with mass organizations that cause trouble and divide the unity in Indonesia. So it must be eradicated right now.

The shooting of FPI members should be seen with a cold head and heart. They were hit by bullets because they were desperate to attack the police first, so they inevitably had to be eradicated. FPI also cannot act and play victims that have been persecuted, because they are proven guilty. People already understand their mode and no one defends it.