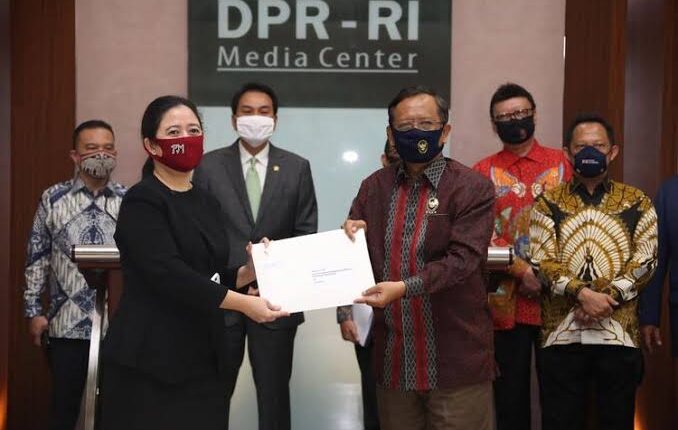 The BPIP Bill Against Communism and Radicalism

The government had previously asked the DPR to formally postpone the discussion of the HIP Bill because it did not agree with several points that caused controversy. Namely, the question of the absence of prohibitions on communism, as well as the existence of the principle of ekasila and trident.

The BPIP Bill is quite simple; consists of eight chapters, 17 chapters and 16 pages. Referring to one of the points listed in the section on considerations for making this BPIP Bill, there are important points related to the prohibition of communism and similar sects.

In point two of the section ‘remember; The BPIP Bill explicitly included the 1966 MPRS Decree which declared the dissolution of the PKI.

Not only considerations in dissolving the PKI. This bill also prohibits activities that spread communist conceptions such as Marxism and Leninism.

Previously, there had been anxiety regarding the rise of the PKI, rumors had emerged at the grassroots. Not a few also linked these rumors with the track record of the PDIP having “PKI children” cadres, to Soekarno’s closeness to the PKI in the Nasakom era.

This is exacerbated by the existence of ekasila and trident which are accused of eliminating the first precept in Pancasila, namely the one and only Godhead.

In addition to counteracting communism, understanding BPIP is also expected to ward off ideologies that are not in line with Pancasila such as radicalism.

We certainly agree that Pancasila is the ideology and foundation of the state. However, along with the development of science and technology, there is an inevitable change in the outlook and lifestyle of the Indonesian people.

As the nation’s ideology, Pancasila is faced with big challenges. Accept changes or crushed times. On the other hand, this ideology is also required to be a lighthouse whose values ​​are able to bind and unite all elements of the Indonesian nation.

Professor of the State Intelligence College (STIN), General TNI (ret) AM Hendropriyono, said that the real people must believe that Indonesia has a philosophy of state, namely Pancasila.

To achieve this awareness and belief, people, both individuals and groups, certainly need to think rationally and reflect on applying the values ​​of Pancasila in life.

The existence of the BPIP Bill is needed, not only to strengthen the role of BPIP, but also so that Pancasila development programs can be more aggressively implemented.

Thus, BPIP can be more transparent, have more space for movement and function optimally. Furthermore, the bill can also be the basis for a more optimal and even implementation of Pancasila development programs.

Moreover, BPIP has a duty to ward off the threat of radical understanding that is undermining the nation.

Radicalism and market fundamentalism are acute threats to Indonesia that have emerged in this era of globalization.

Radical understanding in Indonesia is like a hole in a ship. If it is not immediately handled, the big ship called Indonesia could sink at any time.

This has been proven, such as the radical action in Surabaya involving children, followed by Indonesian citizens who were tempted to fly to Syria and burn their passports when they got there.

This certainly shows that radicalism is an ideology capable of forgetting its identity as a child of the nation. Moreover, these radicals sometimes legalize violence to impose their will.

Historical records in Indonesia have also shown various conflicts resulting from radical thinking which is full of intolerance. In fact, Pancasila itself is clearly stated in the third principle of the Indonesian Unity. This precept certainly refers to the sense of unity in diversity that the NKRI has.

The BPIP Bill is certainly expected to strengthen Pancasila when NKRI is hit by an ideology that is contrary to the state ideology, Pancasila.

The BPIP Bill is expected to be the enforcer of the nation when Pancasila is clashed by communism or radicalism. Pancasila must be the breath that is believed to be the only ideology of the NKR, forever.