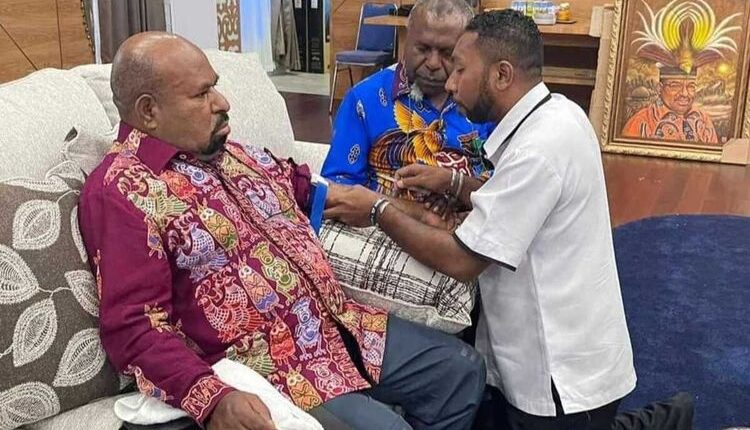 All communities, including the people of Papua, firmly support the efforts of the Corruption Eradication Commission (KPK) to be able to examine and enforce the legal process related to the corruption case involving the Governor of Papua, Lukas Enembe.

The allegation of corruption that dragged the name of the Governor of Papua, Lukas Enembe, has continued to be a hot topic of discussion in recent days. Even the Director of Papua Anticorruption Investigation, Anton Raharusun, said in a discussion on a television station last Sunday (25/9), that the case would continue if the person concerned was still reluctant to comply with the KPK’s summons.

The reason is, if Lukas Enembe rushed to the KPK’s summons as soon as possible, then automatically all allegations and allegations related to corruption could quickly come to light and reveal the truth. Precisely with his current actions, which continue to not attend the KPK’s summons, it will open up many other accusations directed at him.

So far, there have been allegations of suspicious cash flows related to the Governor of Papua, particularly those funds being linked to illegal sources. Anton Raharusun added that some of the allegations regarding the suspicious flow of funds were linked to the APBD, including running into casino gambling, and also regarding the purchase of expensive and luxurious items such as watches and others.

There is even another suspicion, as according to the Coordinating Minister for Political, Legal and Security Affairs, Mahfud MD, that there is something that gets in the way when Papua wants to ask for funds from the central government. For example, when the PON was held some time ago in Papua which of course required very large funds, but it turned out that before the event actually ended completely, the Papuan government again asked for funds again.

Then, when the Central Government wanted to ask for all reports on the activities that had previously been carried out, it turned out that there were absolutely no data reports, but they still asked for funds again. Of course, this action raises a big question mark and ambiguity, so it is not impossible that it will raise a lot of accusations or allegations.

Previously, there was also a finding from the PPATK that there was a suspicious flow of funds involving the name Lukas Enembe with a large amount, which was Rp. 560 billion. In fact, he also officially has the status of a suspect regarding the allegations from the KPK, in which the Governor of Papua has received a gratuity of up to Rp. 1 billion regarding the Papuan APBD.

Not only that, Mahfud MD also added that there were allegations of misuse of Special Autonomy (Otsus) even in the trillions of rupiah by Lukas Enembe. There are also other cases, related to the blocking of cash from the Papua Governor’s account with a value of Rp. 71 billion.

Mahfud MD said that in the era of Lukas Enembe’s leadership in Papua, the Central Government had actually disbursed a very large amount of Special Autonomy funds, which reached Rp 500 trillion. However, the reality on the ground is that the Papuan people themselves are still poor, so it is very suspicious that all these funds have actually been used for the welfare of the people or not.

The number of accusations and allegations leveled against Lukas Enembe has made the Papuan Youth Leader who is also the Secretary of the Barisan Merah Putih, Martinus Kasuay, firmly support all the KPK’s efforts to resolve the alleged corruption case. According to him, this is indeed a very reasonable thing to do, namely when there are guilty parties, they must be given criminal sanctions according to the applicable legal process.

Furthermore, Martinus stated that the corruption case from the Governor of Papua has absolutely nothing to do with political issues or even criminalization efforts, but is purely a personal case and as an effort to enforce the law.

Martinus Kasuay also added that no one in Indonesia is above the law, no matter what their position or status, including officials in the government, so the law must be applied fairly to everyone. Not only that, but he also sincerely hopes that all parties involved in the Lukas Enembe corruption case can be investigated and punished if they are found guilty.

Martinus appealed to all Papuan people themselves to support all efforts and law enforcement processes that have been continuously carried out by the government, because in fact it is evidence of the implementation of Good Governance even in Cendrawasih Earth itself. In addition, the beginning of the investigation carried out on Lukas Enembe itself also stems from the government’s efforts to listen to the aspirations of the Papuan people so that they can feel prosperity and justice.

All actions regarding enforcement

The Government Ensures to Absorb the Aspirations of the RKUHP