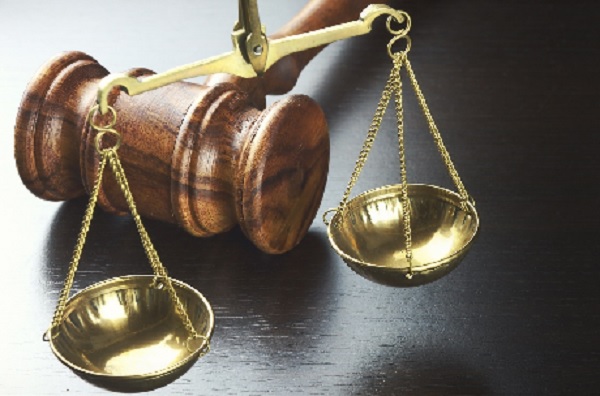 A number of days after the Criminal Code was hammered out by the DPR. The United Nations stated that it welcomed the modernization and updating of Indonesia’s legal framework, noting with concern the adoption of certain provisions in the revised Criminal Code that appear to be incompatible with fundamental freedoms and human rights, including the right to equality. Before the law and equal protection of the law without discrimination, the right to privacy and the right to freedom of religion or belief and freedom of opinion and expression.

In the statement, the UN was worried because several articles in the revised Criminal Code contradicted Indonesia’s international legal obligations with respect to human rights. However, the United Nations cannot immediately intervene in the Criminal Code in Indonesia, because after all Indonesia is a sovereign country .

In the official statement, the UN stated that UN Human Rights (HAM) experts had previously expressed similar concerns in a letter sent to the government dated 25 November 2022, meaning long before the RKUHP was passed into the Criminal Code.

UN encourages the government to remain engaged in open consultative dialogue with wider civil society and stakeholders to address grievances and ensure that the reform process is in line with Indonesia’s global commitments as well as the SDGs.

The UN includes a link to a letter to Indonesia regarding the RKUHP dated 25 November 2022. The following are the points of the articles in the RKUHP that are objected to by the UN:

Article 2 of the Criminal Code acknowledges ” any live law ” in Indonesia, which can be interpreted to include customary law (customary criminal law) and Sharia regulations (Islamic law) at the local level.

Since there is no official register of “living law” in Indonesia, the United Nations is concerned that the article could be used to arbitrarily try vulnerable groups and minorities.

In addition, the new draft articles 465, 466 and 467 of the Criminal Code will criminalize abortion if it does not comply with the provisions stated in the provisions of the 2009 Health Law. A woman who terminates her pregnancy can be sentenced to up to four years in prison. Anyone who helps a pregnant woman to have an abortion can be punished by up to five years in prison. This provision can also be interpreted to sue those who sell or consume emergency contraception.

Articles 410-411 of the RKUHP which have been updated stipulate that anyone who without rights openly displays an abortion device , offers, broadcasts a text or demonstrates that he can obtain an abortion device, shall be punished with imprisonment for a maximum of 6 months or a fine of up to 10 million rupiah. Article 412 states that such acts are not punishable if they are carried out by authorized officials in the framework of family planning, prevention of sexually transmitted diseases, or for the purpose of education and health counseling or if they are carried out for the benefit of family planning.

Meanwhile, Criminal Code spokesperson Albert Aries said that it would be wrong if the Indonesian Criminal Code were not in accordance with human rights, because the legal politics contained in the Criminal Code aims to respect and uphold human rights based on Pancasila, Unity in Diversity, the Unitary State of the Republic of Indonesia and the 1945 Constitution.

He also respects the UN’s concern on issues of equality, privacy, freedom of religion and journalism. According to him, Indonesia’s new Criminal Code also regulates all of that.

On that basis, the Criminal Code regulates all of this by taking into account the balance between human rights and human obligations. It needs to be emphasized that the Criminal Code does not discriminate against women, children and minority groups as well as the press, because all relevant provisions originate from the previous Criminal Code which have been adapted as much as possible to the mission of decolonization, democratization and modernization carried out by the Criminal Code.

He conveyed that one example was the adoption of Article 6 letter d of Law No. 40 of 1999 concerning the Press into Article 218 of the Criminal Code. According to him, in this article the delivery of criticism is not punishable.

Albert also stated that the drafting of the Criminal Code had also involved civil society to the fullest. He said the formation of a new Criminal Code was no longer due to a deadline, but the need for criminal law reform and a modern penal system.